This second article in our series on corticosteroid markers considers budesonide (C25H34O6), a potent triamcinolone acetonide type of corticosteroid.

Budesonide is an ingredient of topical medicinal and anti-inflammatory products. In the Coopman Classification (see the September 2017 issue), budesonide is considered a Class B corticosteroid for which it serves as a patch test marker. Depending on the concentration used for patch testing and the patch test population, the prevalence of budesonide allergy has ranged from about 0.8 to 1.8% in North America and from as low as about 0.6% in Finland to as high as 2.4% in northern Italy. 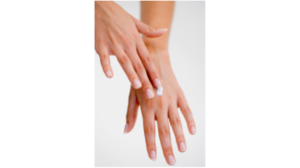 Patients who are allergic to budesonide typically have local reactions involving the area of skin to which the allergen has been applied. However, distant ipsilateral flares of toxicoderma-like reactions have erupted on the torso in patients who had budesonide applied to their arm. Allergic patients who inhaled budesonide have developed flares at the sites of previous patch tests and distant skin lesions. Sensitization to budesonide can also be considered in the differential diagnosis of patients with chronic leg ulcers who develop contact dermatitis. In a Danish study, however, duration of disease and the presence of leg dermatitis were not significantly associated with budesonide allergy. Instead, the variables significantly associated with budesonide allergy were age (older than 40 years), occupational dermatitis, and atopic dermatitis.

Patch testing with budesonide can be used to help diagnose allergic contact dermatitis related to Group B corticosteroids as well as to certain esters in Group D (which will be discussed in an upcoming article), based on a classification of topical corticosteroids by cross-reactivity. Budesonide is available in petrolatum and may be patch tested at both 0.1% (preferred in North America and Britain) and 0.01% (preferred in Europe). Not surprisingly, however, some budesonide-sensitized patients exhibit a reverse-dose relationship. That is, they may have a stronger reaction to the lower dose of the allergen and a weaker reaction to the higher dose. As with other corticosteroids, the effect is attributed to the intrinsic anti-inflammatory and hence suppressive effect of the drug itself when applied in high doses. Patch tests with budesonide have also been associated with the “edge effect” (i.e., a positive ring around a negative center where the chamber was placed).

Where are patients likely to encounter budesonide? In work environments, especially healthcare, patients may encounter budesonide in anti-inflammatory agents found in topical medications; in creams, lotions, ointments, and powders; in inhalation drugs, tablets, and injectables; and in rectal suspensions. For the treatment of various skin conditions and other local inflammations, patients may be prescribed any of these anti-inflammatory medications containing budesonide. Budesonide is also used in ear, nose, and eye drops for the treatment of rhinitis, otitis, and conjunctivitis. In inhalational drugs, tablets, and injectables, budesonide is used to treat asthma and other allergyrelated lung diseases. In rectal suspensions, budesonide is used for the treatment of colitis and related diseases. It is available as a suspension, powder, solution, aerosol powder, and aerosol liquid.

Sensitized patients should avoid products with the ingredients and medications listed in Table 1. Budesonide may also be referred to by lengthy chemical names such as (11-β,16-α)-16,17(butylidenebis(oxy))-11,21-dihydroxypregna-1,4-diene-3,20-dione; (RS)-11β, 16α 17,21-tetrahydroxypregna-1,4-diene-3-20-dione cyclic 16,17-acetal with butylaldehyde; or 16-α,17-α-butylidenedioxy-11–β, 21-dihydroxy-1,4-pregnadiene-3, 20-dione. Budesonide-sensitive patients also may have cross-reactions to other corticosteroids such as hydrocortisone-17-butyrate, hydrocortisone-17-aceponate, hydrocortisone buteprate, methylprednisolone aceponate (Class D2), and prednicarbate. Consequently, patients who are sensitive to budesonide must inform their health care providers about their allergy and request products free from budesonide and related compounds and cross-reacting corticosteroids.

Barbaud A, Collet E, Le Coz CJ, et al. Contact allergy in chronic leg ulcers: results of a multicentre study carried out in 423 patients and proposal for an updated series of patch tests. Contact Dermatitis 2009;60:279-287